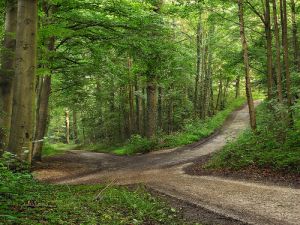 We live in what is becoming a post-Christian culture, moving quickly in many ways toward secular humanism. The church has lost its way concerning the teaching, preaching and living out of the Gospel (the whole shabang, if you will … another way of saying the church is secularizing and assimilating to the culture) with the effect that the culture itself by and large is rejecting or progressively turning away from the faith and the effects of the Gospel (a personally holy, integrity-filled life that works its way from the inside out). Long story short, the West is now a mission field once again (not that it hasn’t been, it’s just accelerating), with the “reached” in desperate need of being reached again, bringing about a reformation of sorts, and the lost still in need of being reached in the first place. The missional movement is a response to this with many marvelous examples of doing it right. Many churches within the Acts 29 network and in particular Austin Stone church in Austin, TX is a great example of what this might look like in a Biblical framework.

While many within the missional movement are pursuing a Biblical, Gospel-centered direction as far as a ministry philosophy and application goes, Michael Horton along with a number of others have raised some legitimate questions about the emphases of many within the movement who are espousing a much more “do-er” emphasis than Gospel emphasis (which is the very essence of Christianity), many times inadvertently (the whole mission-creep thing).

Of particular concern to people like Michael Horton are the emphases by many on “being the Gospel” or “doing the Gospel” which as Horton points out is a category mitake. You can’t do an announcement, you can’t do news. You proclaim it, make it known in word, with the effects being 1) salvation and 2) good works and fruit that is pleasing to God, through that very faith.

These are also a couple of particular phrases that seem to sum up what the concerns are of those whose views are in question (though I want to make clear, not everyone in the missional movement holds these, many speak against them to be sure): 1) “Deeds before creeds,” (something popularized by Rick Warren, though it actually goes back to 19th and 20th century Protestant liberalism) and 2) the quote that is attributed to Abelard or St. Francis of Assisi that is making the rounds these days (from what I read, no one really knows who said this), “Preach the Gospel at all times, when necessary use words.” These mantras, while well-intentioned by many people who espouse them, are getting the cart before the horse in terms of what the Gospel is and what the effects of the Gospel are. They wind up reducing ministry to a new (yet old) form of moralism, or as Horton says, a new form of monastic pietism, just hipper, cooler.

Now to be clear, this isn’t a question about what people who make up the church should be doing outside the church (i.e. these are good things that should be done, along with bringing the Gospel in word). This is a question about the mission of ministry in the church itself. Is ministry primarily a place of teaching in order to convey Gospel truth in all its depth, making disciples (students of the truth of Christ, i.e. Scripture, theology who are transformed unto good works) and also having resources outside the church in which members can perform these services, or is this making the church’s ministry message and mission itself one merely of service with no solid, deep Gospel, the very Gospel that would itself produce the sustained instead of contrived desire for service? That’s what is in view here. And as Horton points out, the Reformed tradition has an answer to this debate.

To sum up, as Horton says on the White Horse Inn program below, “If you go for inner transformation or world transformation without the Gospel, you lose both.” That is precisely the concern with so much of where this movement is headed, though certainly not all of it.

Michael Horton and others below bring some good Scriptural, historical and theological information to this debate that can help inform and shape the way we think concerning elements of this movement and making sure we’re staying on point with the whole point of Christianity: the Gospel of God’s grace to sinners to His glory.

Five Solas, Each Described in One Sentence

Finally Found a Term to Describe What America is Unfortunately Becoming